4 Ways to Fix a Shallow Dent in Your Car Door

When you get a dent in your car door, it can be very frustrating, but you should look closely at how deep it is. If the dent is fairly shallow, you might be able to fix it yourself. Here are some different methods to consider for a shallow dent or ding.

One of the more commonly used methods for filling a ding or dent in a car door is to use body filler. If you want to try this method, you will first need to remove the paint in that area. Body filler won't adhere properly to a painted or polished surface. You can use sandpaper to remove the paint and get a smooth surface. Once that is done, mix the filler according to the directions then apply it to the area with a plastic spreader. Wait the recommended amount of time for it to dry before smoothing it out with sandpaper then painting over the area.

If you don't want to mess around with paint, you can try the compressed air method. This also requires a source of heat, such as from a hair dryer. It is an excellent option if the dent or ding is very small. To do this, you first need to heat up the dent with the hair dryer, which needs to be as close to the dent as possible without actually touching it. Position the dryer to be pointing at the dent and heat the dent for a few minutes. Once warm, you can then get your can of compressed air and spray the dent, letting the cool air release the dent. It will hopefully pop out before too long. If not, repeat the process again.

Visit your local auto repair shop if you want to try using suction from a dent removal kit. These are handy since they are inexpensive, are easy to use, and come with everyone you need to remove the dent. The suction cup kit comes with full instructions. You will place the suction cup over the dent, then use a string attached to it to gently apply pressure, which then helps to lift the dent. If you prefer, there are also pulling tool removal kits.

Use Suction From a Plunger

A good way to remove the dent for free is by using a plunger, though it only works on steel surfaces. To use this method, you need a rubber plunger. Wet the edge of it then put it directly over the dent. Press down on the handle as if you are plunging a toilet then pull it back up. Do this a few times until you hear the metal pop out. 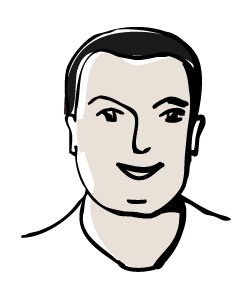 Hello, my name is Colin. I would like to welcome you to my new automotive blog. In this blog, I will be explaining how you can keep your car looking great. Last year, I was involved in a minor road traffic accident which left a nasty scrape down the side of my car. I took it to the local garage and the guys there were really friendly. As they fixed the problem, they gave me some great tips on how I can maintain the paintwork on my auto. They also recommended some fantastic auto accessories. I learnt a lot so I decided to start a new auto blog.